Insider David A. Dye of Computer Programs and Systems, Inc. (NASDAQ:CPSI – Get Rating) sold 400 shares in a trade that took place on Monday, October 17. The stock was sold at an average price of $28.78, for a total value of $11,512.00. Following the completion of the sale, the insider now owns 48,000 shares of the company, valued at $1,381,440. The sale was disclosed in a filing with the Securities & Exchange Commission, accessible via the SEC’s website.

About computer programs and systems

Computer Programs and Systems, Inc provides healthcare information technology solutions and services in the United States and the Caribbean nation of St. Maarten. Its software systems include patient management software that enables a hospital to identify a patient at various points in the healthcare delivery system, as well as collect and maintain patient information throughout the process of patient care; and financial accounting software, which offers business desktop applications to track and coordinate information needed for managerial decision-making. 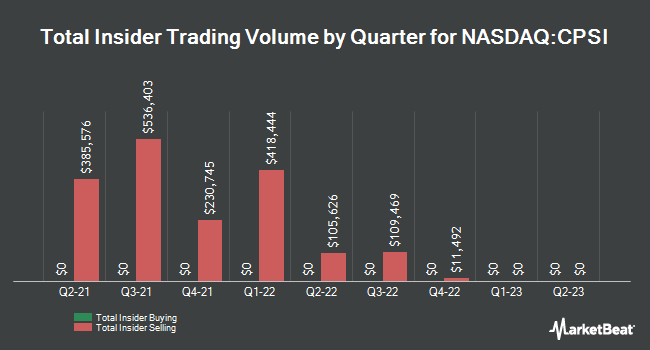 This instant news alert was powered by MarketBeat’s narrative science technology and financial data to provide readers with the fastest and most accurate reports. This story was reviewed by MarketBeat’s editorial team prior to publication. Please send questions or comments about this story to contact@marketbeat.com.

Before you consider computer programs and systems, you’ll want to hear this.

MarketBeat tracks daily the highest rated and most successful research analysts on Wall Street and the stocks they recommend to their clients. MarketBeat has identified the five stocks that top analysts are quietly whispering to their clients to buy now before the market took over…and computer programs and systems weren’t on the list.

While computer programs and systems currently have a “moderate buy” rating among analysts, top-rated analysts believe these five stocks are better buys.