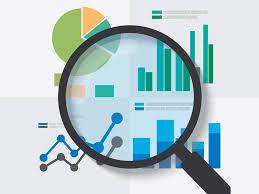 The Governing Council has approved the Andalusian Plan for Research, Development and Innovation (PAIDI) 2020, which establishes the framework for scientific and R + D + i policy in the autonomous community for the next five years, with special attention to the economic recovery and the creation of employment. The new strategy proposes doubling the annual investment in innovation and development from 1.03% of GDP in 2014 (latest available data) to 2%, which will amount to 3.574 million in 2020.

Among other objectives, PAIDI proposes to convert the science-technology-innovation system into a motor for socioeconomic development, social and territorial cohesion, business competitiveness, international projection and environmental, cultural and economic profitability. Along with support for basic science, the document establishes measures to bring research closer to the productive fabric, facilitate the transfer of knowledge and encourage the return of research talent.

The document includes 81 actions distributed in five main areas: strengthening and reorganizing the R & D & I system; the optimization of financing with the increase in investment; an integrative governance based on transparency and participation, and an intelligent knowledge economy oriented towards society.

These measures include those linked to human capital, with initiatives such as the development of a program for the return of Andalusian technologists and researchers working outside the community and for the support of consolidated scientists and emerging talents.

In the field of management, reductions in administrative barriers that affect researchers and the revision of the Andalusian System of Knowledge are included to adapt it to current needs. Special attention will also be given to the development of technologies that facilitate reindustrialization, the promotion of the role of applied science and support for SMEs and new Knowledge-Based Enterprises. The plan is completed with a series of measures to consolidate and expand the promotion of scientific excellence through support and incentives to competitive research, of quality and with an international projection.

The preparation of PAIDI, under the coordination of the Ministry of Economy and Knowledge, has had the participation and contributions of experts and regional actors of R & D & I; the councils of the Andalusian Government more linked to this field; the economic, social and knowledge agents; the Andalusian universities; those responsible for the centers and technological parks of the community; the Technological Corporation of Andalusia, and the general public through the public consultation procedure. The text also follows the guidelines of the new European framework program Horizon 2020, the Andalusian Economic Plan 2014-2020 and the ERDF Operational Program of the European Union, as well as the priorities included in the Innovation Strategy of Andalusia 2014-2020 (RIS3) .

The plan approved today will consolidate and expand the innovative and investigative leadership of Andalusia. Since 2002, the community ranks third in national expenditure on annual R & D, with 1,465.7 million euros, behind Madrid and Catalonia. Its business network currently has the support of ten public universities, about 30,000 researchers and about 2,200 research groups, among other resources. Andalucía hosts 11 technology parks, with some 1,500 companies installed and a global turnover of 5,100 million euros, as well as 22 technology centers.